Back up universe YCQL data

You can use YugabyteDB Anywhere to back up your YugabyteDB universe YCQL data.

Note that non-transactional backups are not supported.

To view, restore, or delete existing backups for your universe, navigate to that universe and select Backups, as per the following illustration: 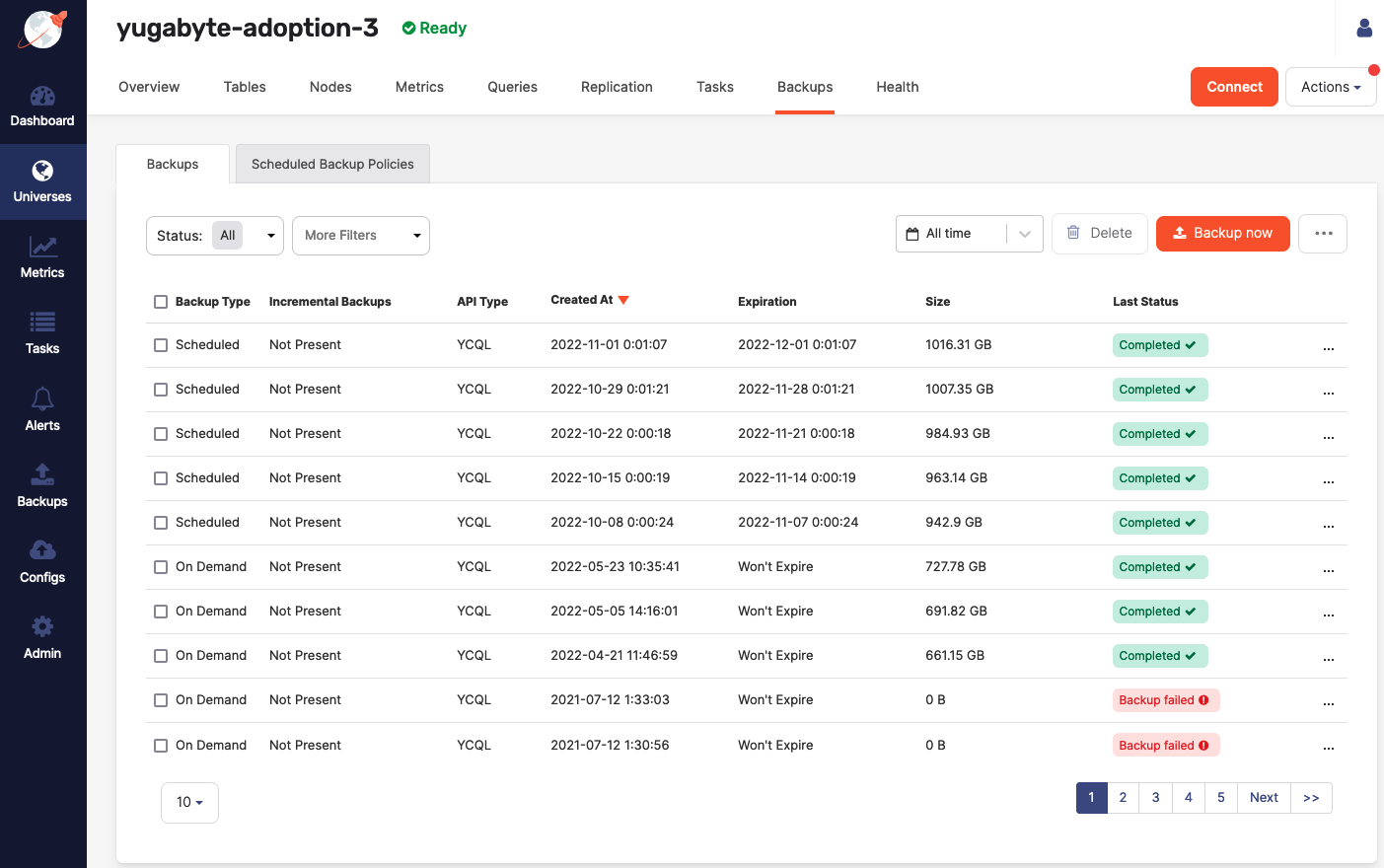 By default, the list displays all the backups generated for the universe regardless of the time period. You can configure the list to only display the backups created during a specific time period, such as last year, last month, and so on. In addition, you can specify a custom time period.

The Backups page allows you to create new backups that start immediately, as follows:

If the universe has encryption at rest enabled, data files are backed up as-is (encrypted) to reduce the computation cost of a backup and to keep the files encrypted. A universe key metadata file containing key references is also backed up.

For information on how to schedule backups for a later time or as a recurring task, see Schedule universe YCQL data backups.

To view detailed information about an existing backup, click on it to open Backup Details shown in the following illustration: 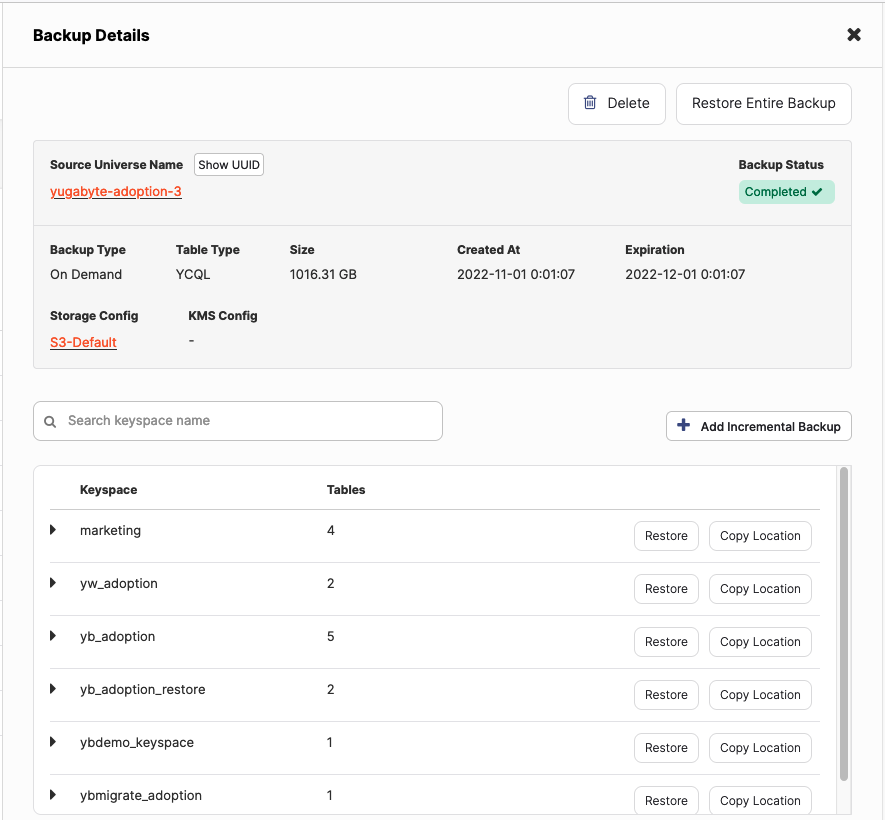 YB Controller-enabled universes can have their throttle parameters configured for more efficient backups and restore. For more information, see Back up universe YSQL data.

To access a list of all backups from all universes, including the deleted universes, navigate to Backups on the YugabyteDB Anywhere left-side menu, as per the following illustration: