This page documents an earlier version. Go to the latest (v2.1)version. 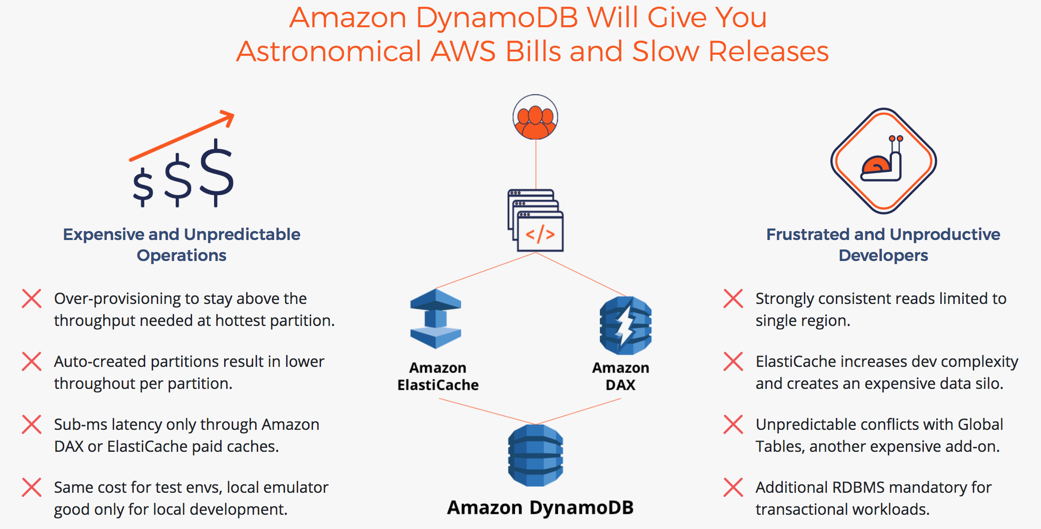 Our post 11 Things You Wish You Knew Before Starting with DynamoDB highlights the above items in better detail.

YugabyteDB is an open source multi-API/multi-model database with transactional consistency, low latency and geo-distribution built into the core of a common storage engine. It is a drop-in replacement for Apache Cassandra and Redis given its protocol-level compatibility with the languages spoken by these databases (PostgreSQL compatibility is currently in beta). As a Consistent and Partition-tolerant (CP) database with native JSONB document data type, high performance secondary indexes, cloud native operational ease and ability to handle high data density, it serves as an excellent alternative to not only Amazon DynamoDB but also negates the need for a separate RDBMS and a separate cache. 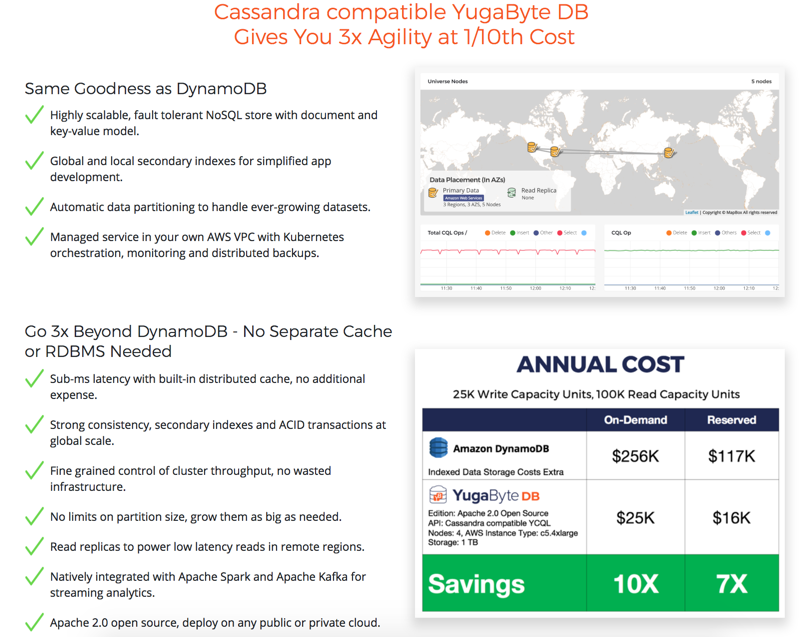 Our post DynamoDB vs MongoDB vs Cassandra for Fast Growing Geo-Distributed Apps further details the differences between YugabyteDB and DynamoDB.