Even though it has improved its transactional capabilities over the last few years, MongoDB is still architecturally not a good fit for transactional applications with strict guarantees on low latency and high throughput. Using transactions in MongoDB today essentially means giving up on high performance and horizontal scalability. Yugabyte believe this is a compromise fast-growing online services should not be forced to make. As shown in the table below, we architected YugabyteDB to simultaneously deliver transactional guarantees, high performance and linear scalability. A 3-node YugabyteDB cluster supports both single-shard and multi-shard transactions and seamlessly scales out on-demand (in single region as well as across multiple regions) to increase write throughput without compromising low latency reads. 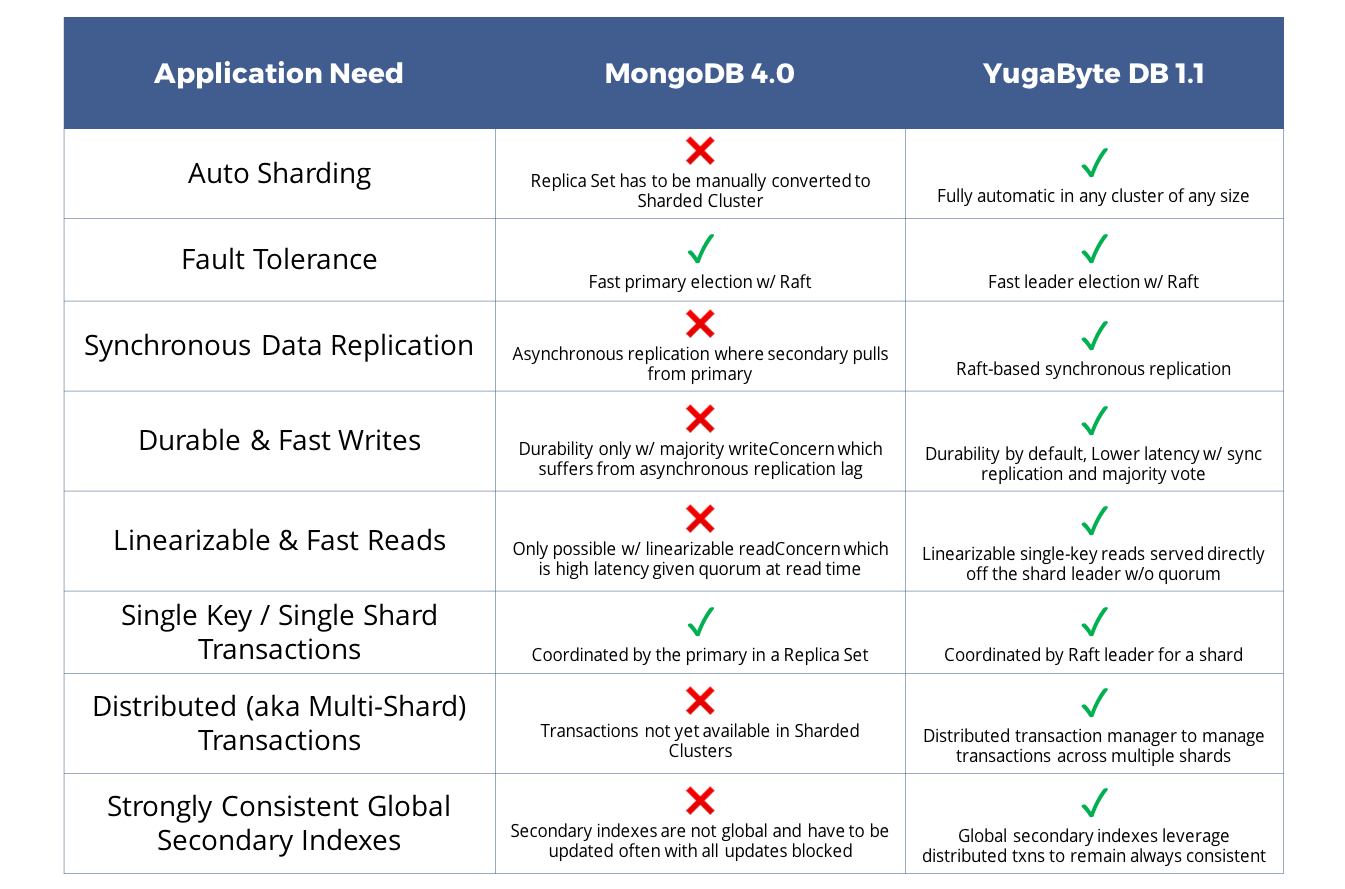 MongoDB's WiredTiger storage engine runs only the B-Tree mode even though WiredTiger itself has support for the Log Structured Merge (LSM) mode. B-Tree engines are good for fast searches while LSM engines are suitable for storing large amounts of data on modern SSDs. While LSM engines can be optimzied to increase read informance, optimizing write performance in a B-Tree engine is not easy. This choice of B-Tree engine tends to make MongoDB suitable only for small workloads where each ReplicaSet primary node is a terabyte or less. However, YugabyteDB can store multi-terabytes of data per node and elastically scale as needed.