Before trying the code in this section, make sure that you have created the "edges" table (see cr-edges.sql) and installed all the code shown in the section Common code for traversing all kinds of graph.

Start by defining an example undirected cyclic graph and by computing all the paths from a selected start node:

Re-create the simpler implementation of "find_paths()" that implements the cycle prevention code, shown at cr-find-paths-with-nocycle-check.sql. Now generate the paths that start at the node "n01", restrict these to just the shortest paths, and restrict these further to the set of longest unique containing paths:

These are the unique containing paths of the shortest paths from the raw paths. Here they are. The pictures are numbered with the value assigned by row_number() (see the implementation of "list_paths()"): 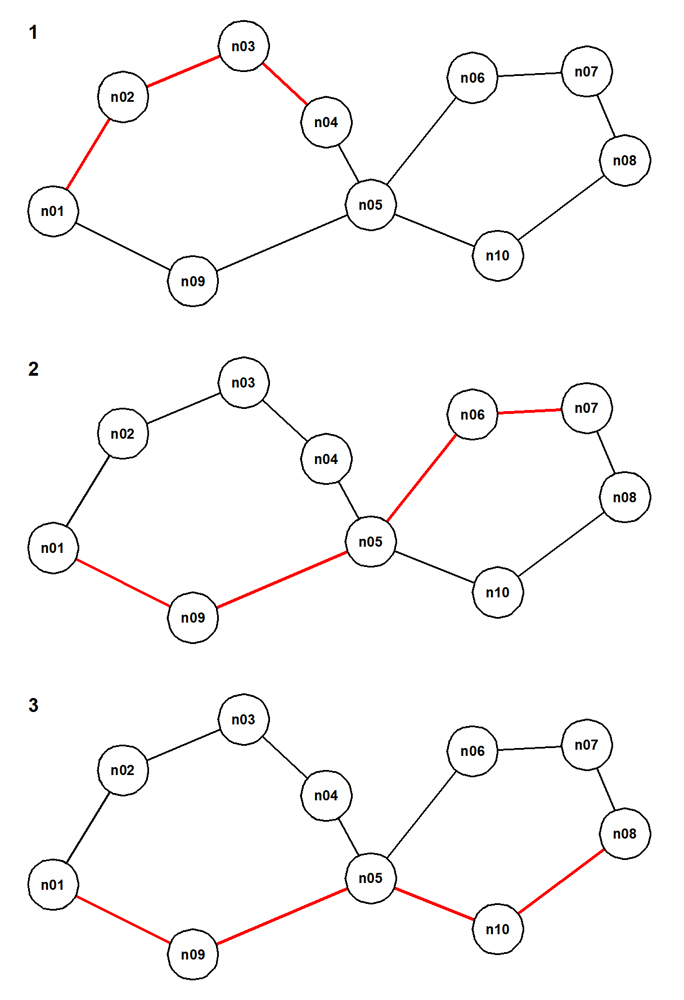 For contrast, do this:

These are longest paths from the unique containing paths of the raw paths. Here they are. The pictures are again numbered with the value assigned by row_number(). 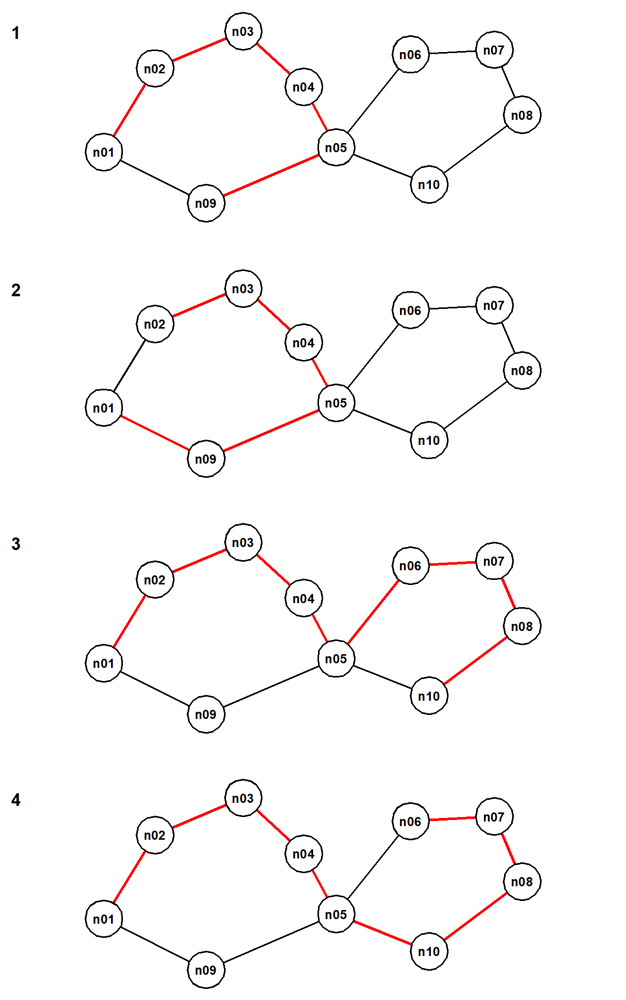 These two pictures together provide a very compact way to understand the meaning of the set of twenty-six distinct raw paths produced by call find_paths(start_node=>'n01').