You can configure GCP as follows:

Upon completion, you should see the configuration similar to the following: 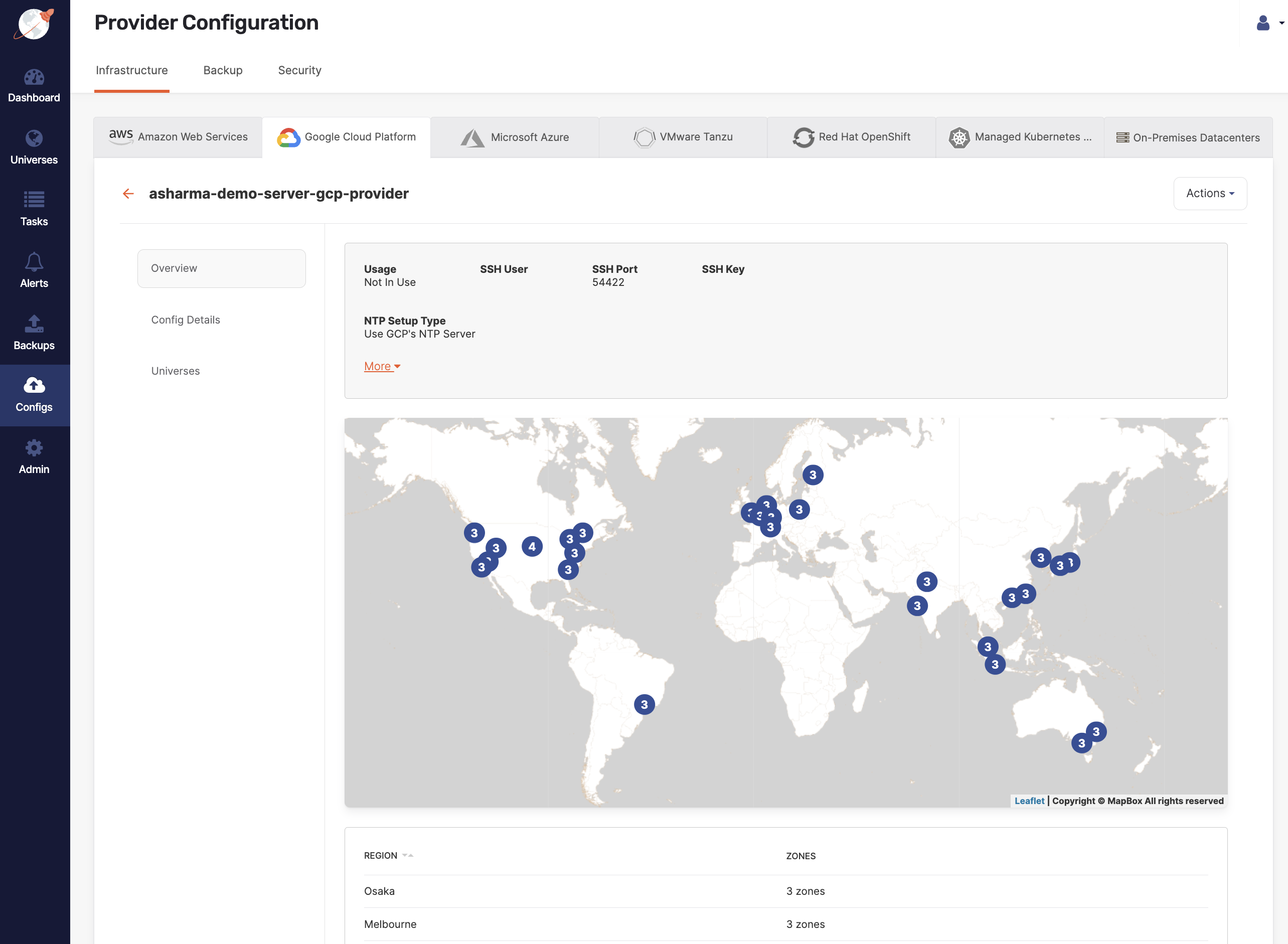 Now you are ready to create a YugabyteDB universe on GCP.