A number of concepts is central to replication.

A fault domain comprises a group of nodes that are prone to correlated failures. The following are examples of fault domains:

Replication of data in DocDB is achieved at the level of tablets, using tablet peers, with each table sharded into a set of tablets, as demonstrated in the following diagram: 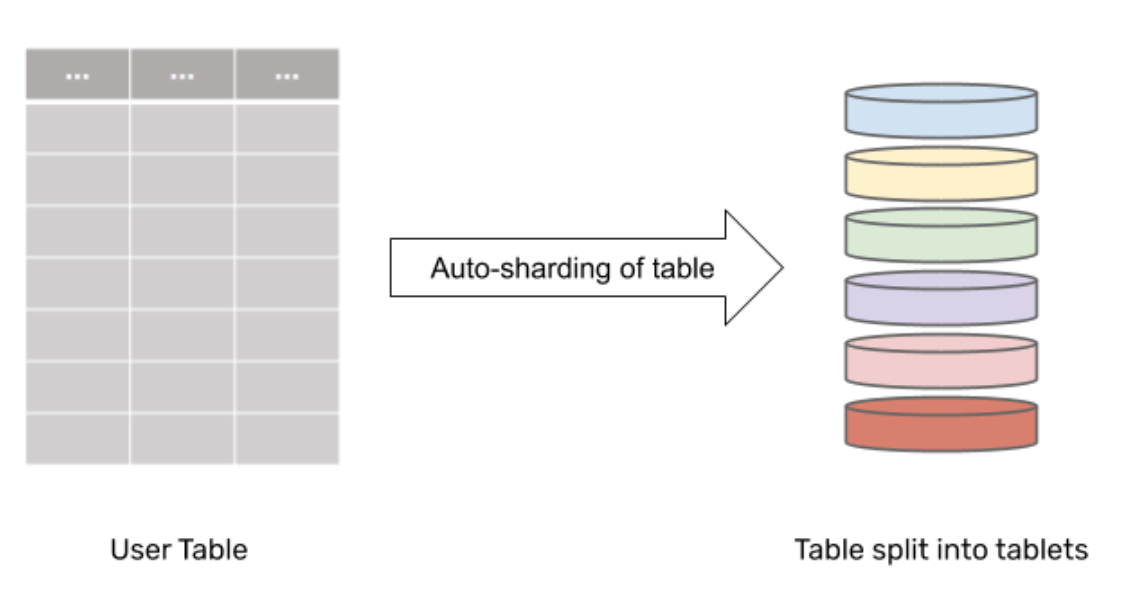 The following diagram depicts three tablet peers that belong to a tablet called tablet 1. The tablet peers are hosted on different YB-TServers and form a Raft group for leader election, failure detection, and replication of the write-ahead logs.

The set of DocDB updates depends on the user-issued write, and involves locking a set of keys to establish a strict update order, and optionally reading the older value to modify and update in case of a read-modify-write operation. The Raft log is used to ensure that the database state-machine of a tablet is replicated amongst the tablet peers with strict ordering and correctness guarantees even in the face of failures or membership changes. This is essential to achieving strong consistency.

Once the Raft log is replicated to a majority of tablet-peers and successfully persisted on the majority, the write is applied into the DocDB document storage layer and is subsequently available for reads. Once the write is persisted on disk by the document storage layer, the write entries can be purged from the Raft log. This is performed as a controlled background operation without any impact to the foreground operations.

The replicas of data can be placed across multiple fault domains. The following examples of a multi-zone deployment with three zones and the replication factor assumed to be 3 demonstrate how replication across fault domains is performed in a cluster.

In the case of a multi-zone deployement, the data in each of the tablets in a node is replicated across multiple zones using the Raft consensus algorithm. All the read and write queries for the rows that belong to a given tablet are handled by that tablet’s leader, as per the following diagram: 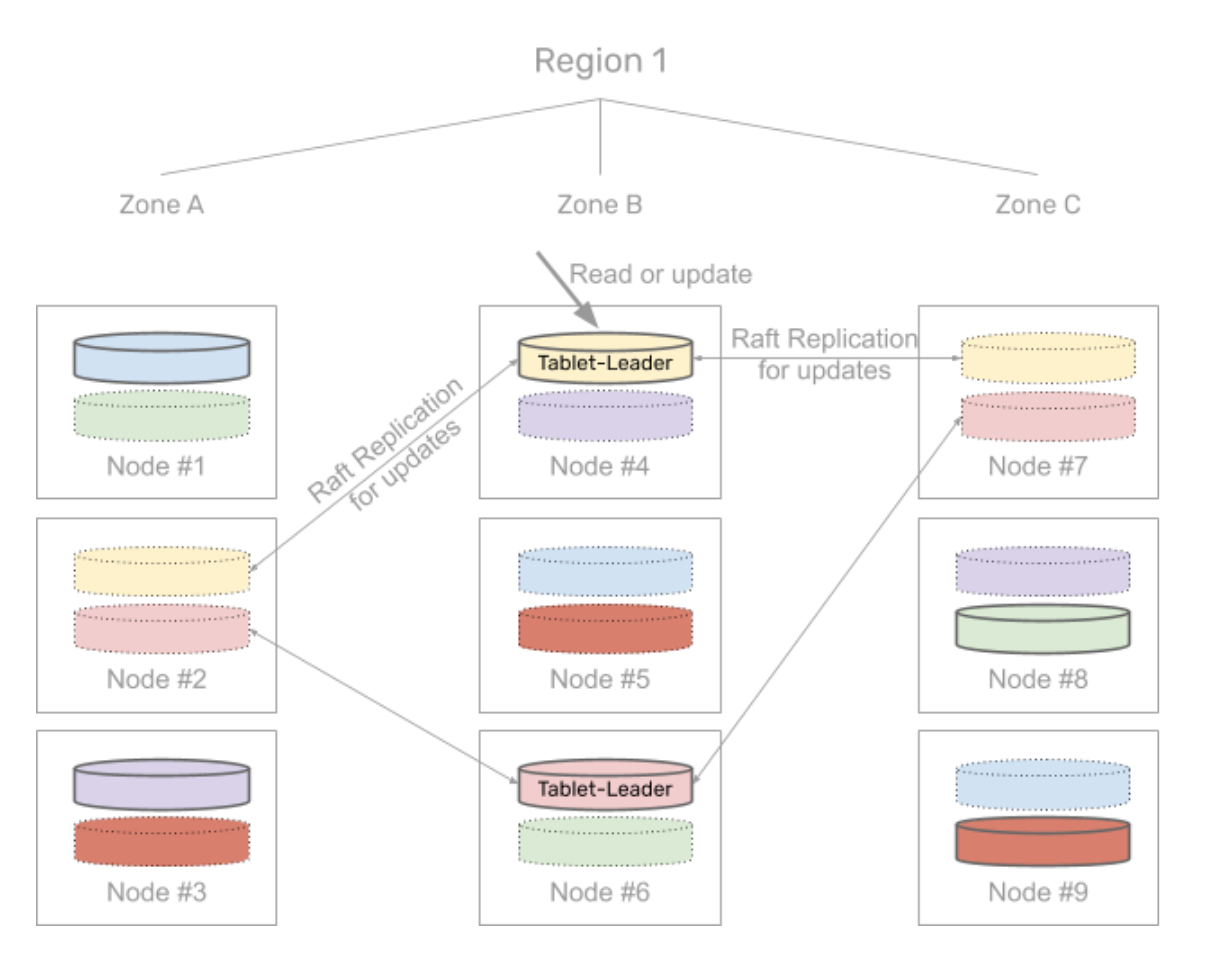 As a part of the Raft replication, each tablet peer first elects a tablet leader responsible for serving reads and writes. The distribution of tablet leaders across different zones is determined by a user-specified data placement policy which, in the preceding scenario, ensures that in the steady state, each of the zones has an equal number of tablet leaders. The following diagram shows how the tablet leaders are dispersed: 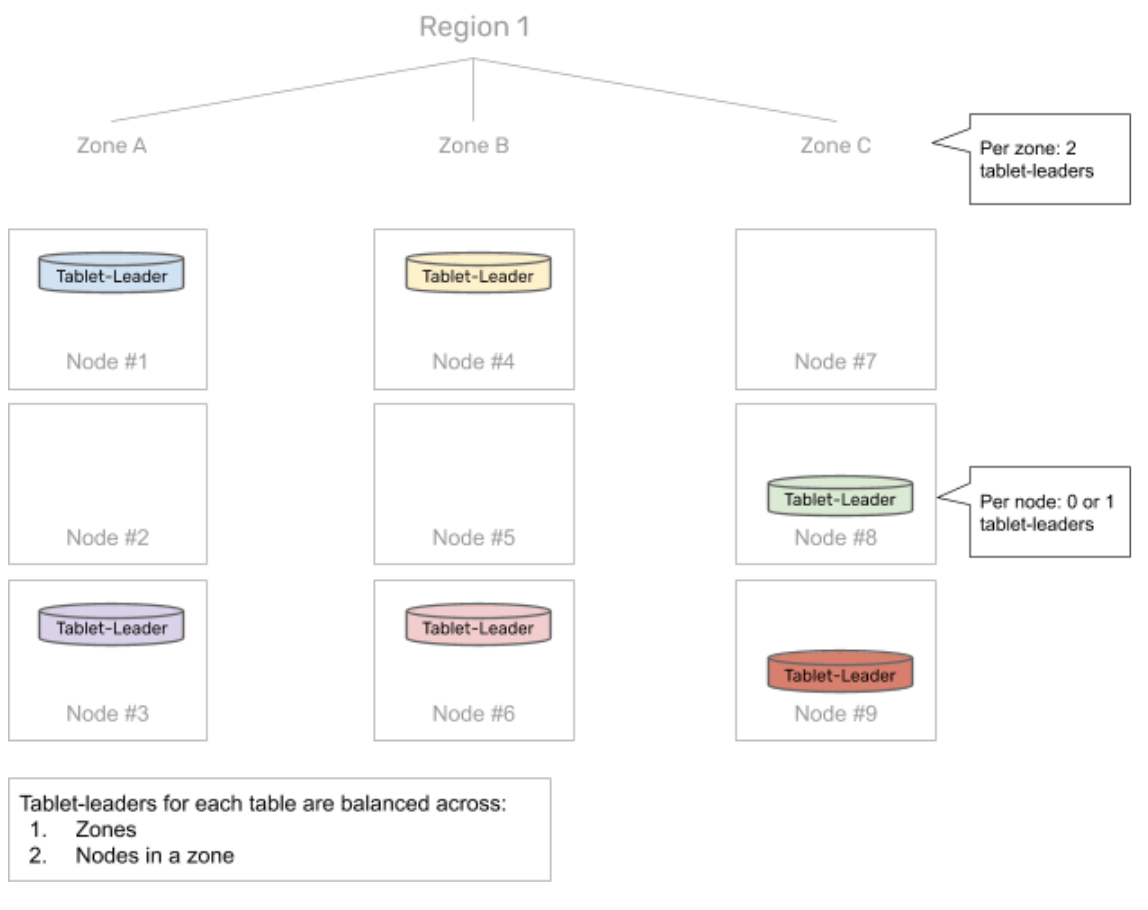 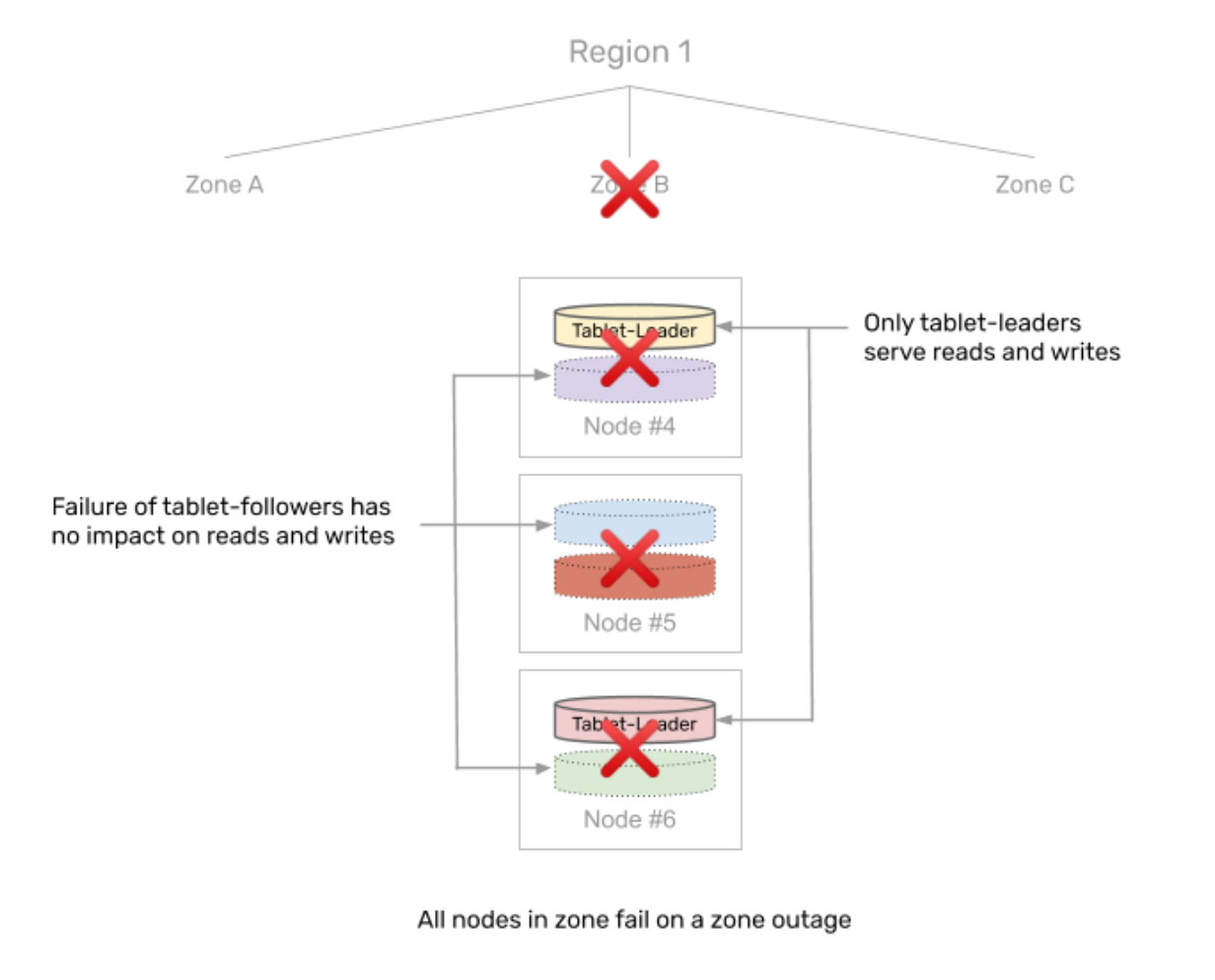 For the affected one-third, YugabyteDB automatically performs a failover to instances in the other two zones. Once again, the tablets being failed over are distributed across the two remaining zones evenly, as per the following diagram: 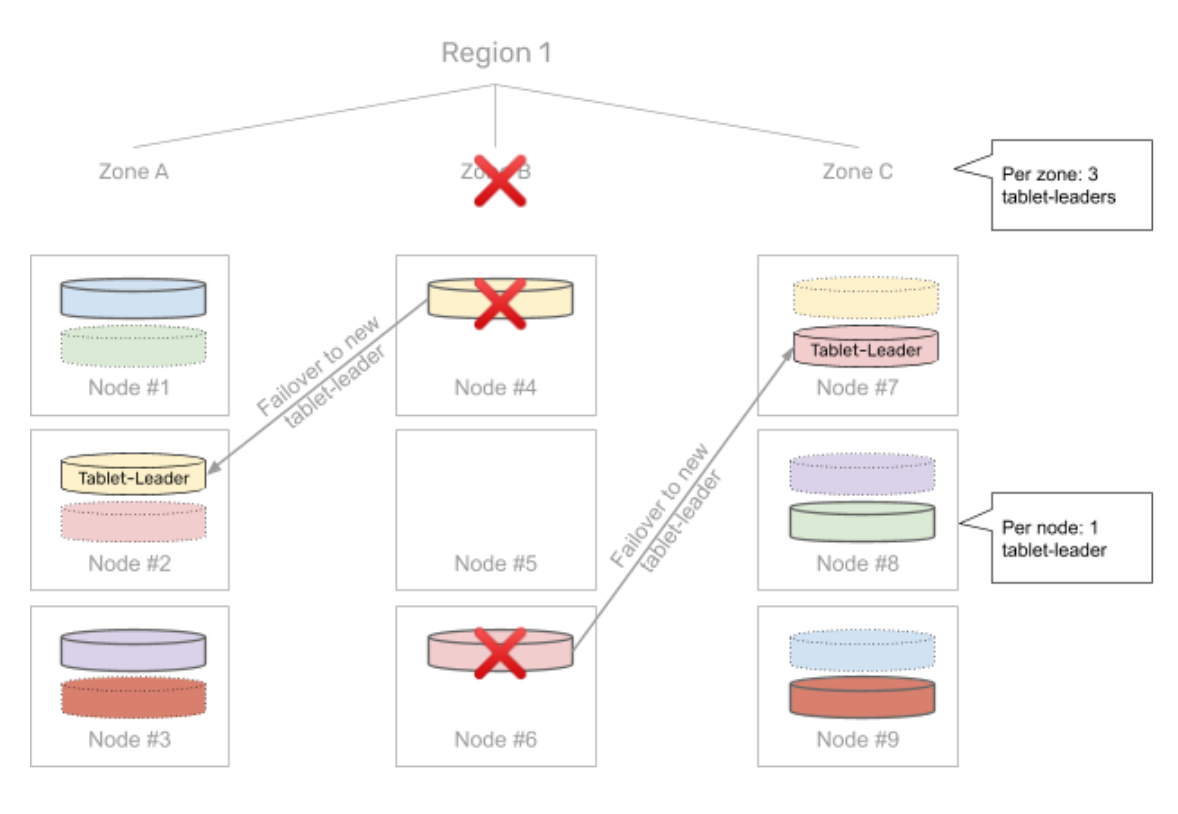 The recovery point objective (RPO) for each of these tablets is 0, meaning no data is lost in the failover to another zone. The recovery time objective (RTO) is 3 seconds, which is the time window for completing the failover and becoming operational out of the new zones, as per the following diagram:

Only the tablet leader can process user-facing write and read requests. Note that while this is the case for strongly consistent reads, YugabyteDB offers reading from followers with relaxed guarantees, which is desired in some deployment models. All other tablet peers are called followers and merely replicate data. They are available as hot standbys that can take over quickly in case the leader fails.