There are two options for build systems that you can use with YugabyteDB, ninja and make. Note that the CMake meta build system is used in both cases, and it generates build files consumed by the underlying Ninja and Make build systems.

Configure a CLion project for YugabyteDB

If you want to build with Ninja, use build/debug-clang-dynamic-ninja as a "Generation path" and add -G Ninja into "CMake options":

Select build/debug-clang-dynamic as the Generation path in Preferences > Build, Execution, Deployment/CMake”, and do not specify anything for CMake options. 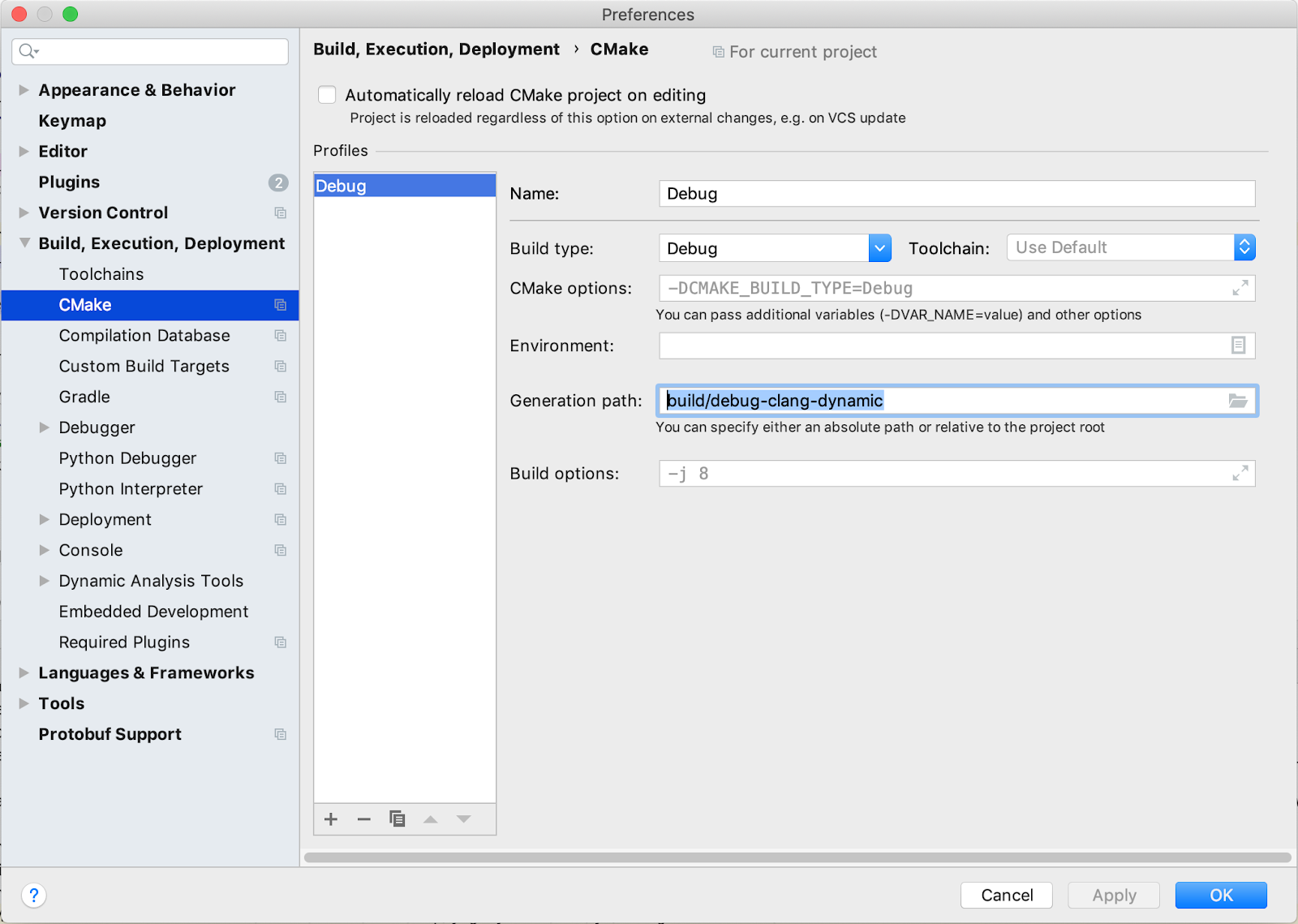 Use "File / Reload CMake Project". CLion will start updating symbols, which also can take a while.

Doing the build from CLion

Run from the command line inside project root outside CLion (omit YB_USE_NINJA=0 if you want to use Ninja):

Subsequent builds can be launched also from CLion.